The electro-intensive industry is a natural, necessary partner for the development of the electricity generation and the transmission system. It provides power producers and the grid with a predictable, 24 hours a day, 365 days per year stable consumption.

It is a privileged partner for the grid load management since many electro-intensive factories are able to reduce their consumption capacity in very short time (5 seconds to 30 minutes) and by high quantities (10MW to more than 200MW).

Historically industrial sites were located near existing generation capacities. In France, before the 1946 electricity sector nationalization, many industrial plants had their own power plants. So they got electricity at cost. This is still the case in some countries, even if currently, a more popular way to achieve that goal is to negotiate long term supply contacts. 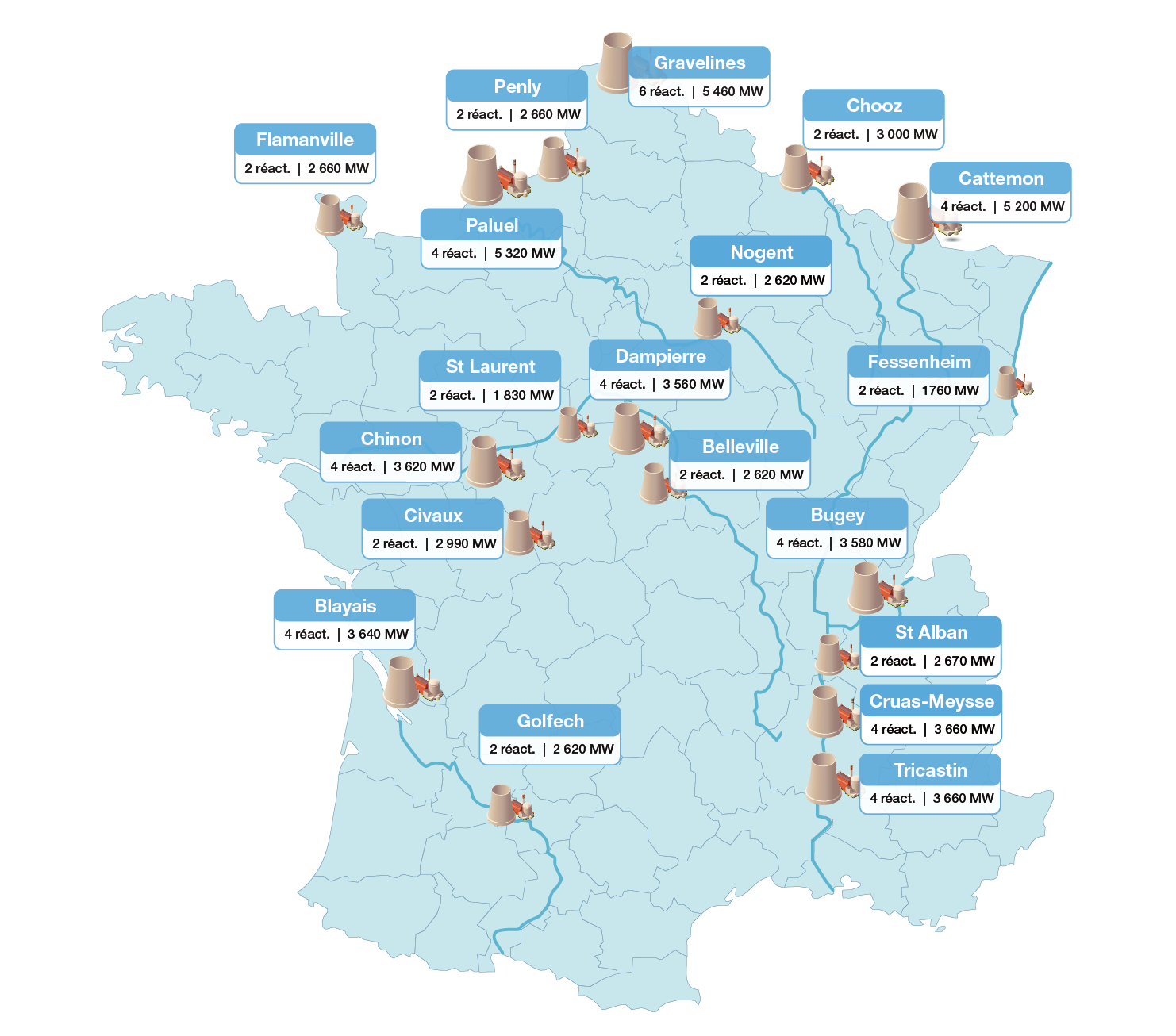 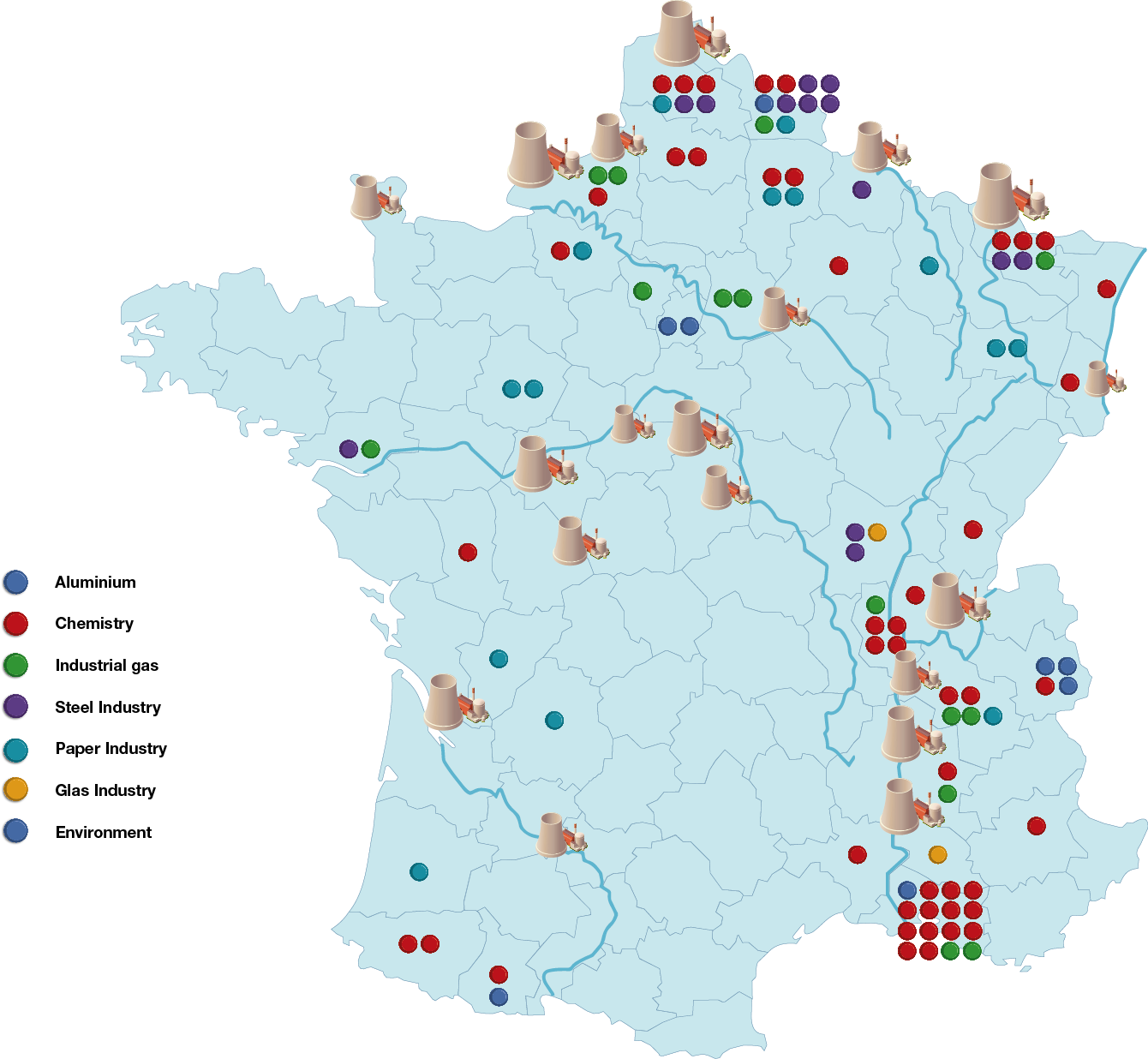 The industrial sector consumes large amounts of electricity. While in France the share of industry in consumption has decreased, it is still a little more than a quarter (26% in 2011 excluding the energy sector according to RTE).

For some industrials, electricity is a commodity, being a key raw material. These are usually called electro-intensive industrials.

In the view of Exeltium, the French law defined an electro-intensive site with several criteria amongst which were:

To simplify, the concerned industries are:

Competitivity politics across the world

This is also the spirit of Exeltium project, since it aimed at linking electro-intensive consumption to the French nuclear fleet and its development.

The map hereunder shows some exemplary cases of this energy policy fully associated with the industrial policy. 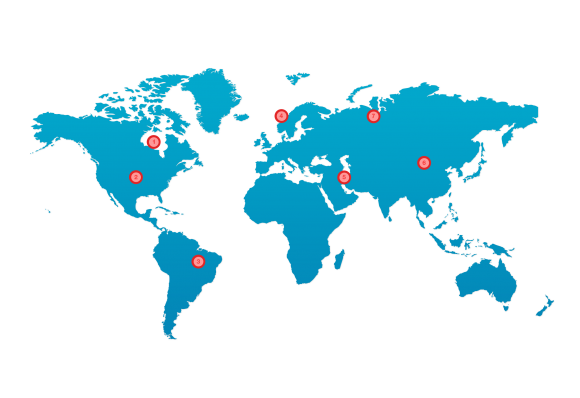 In Quebec, a hydro-electricity “heritage pool” (“bloc patrimonial”) is provided to the industries: the price (tariff L) is fully designed as a toll for competitivity. It applies to consumers requiring a power greater than 5MW and reflects the consumption characteristics and distribution costs that are lower for large amounts of electricity.
In the United States, the New York Power Authority in the east and the Bonneville Power Administration in the west, that operate federal hydropower projects allocated hydropower resources to aluminum producers.
In Brazil, the hydraulic concession system was amended to lower electricity tariffs for industrial (30% on average). Electro-intensive industries have participated in tenders for the construction of new dams and now cover some 70% of their electricity needs in Brazil with their own resources.
In Norway, the very long term hydraulic concession system promoted the development of European leaders in the fields of aluminum and iron alloys.
The Gulf countries continue to develop their electro-intensive industrial activities by allocating a portion of their gas resources on a “weighted average cost” between 3 and 6 times lower than the export price of the gas. This trade show the strategic nature of industrial dynamics preferred to single gas revenues.
In China, the new electro-intensive investments – metallurgy but also some sectors of chemistry – are now mainly in the Northwest Provinces based on privileged access to coal resources over very long periods (40 years at least).
In Russia, a large part of the hydro resource is reserved for electro-intensive uses: half of the Siberian production, provided by three large dams, is controlled by the Group En+ of which aluminum smelter RUSAL is a subsidiary. RUSAL has contracted 70% of the electricity needs of six large factories in Siberia on the basis of price formulas in the long term. In the same vein, in 2013 RUSAL started a new plant built in a 50/50 partnership with the state company RusHydro, specialized in hydroelectric production.